Interactions are a means of accepting user input through Discord. They have been introduced to provide a more standardized, controlled way for commands than parsing messages. They can even be used with applications that do not provide a bot user.

The "old" way of doing commands was done through parsed text messages, like !ping, !userinfo James or !mute James 100s. While such commands are easy in theory, they come with several problems, such as: 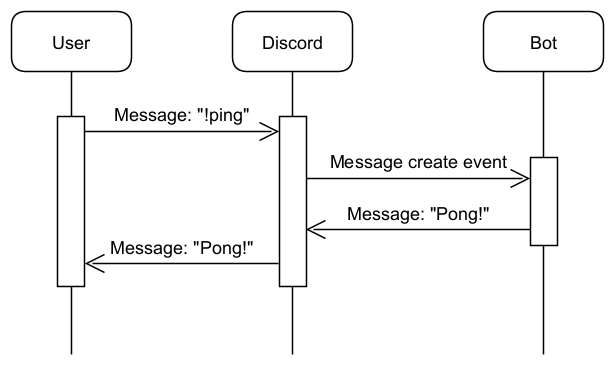 Interactions come in a variety of shapes. The most complex and versatile is the command interaction, which allows for commands directed at a particular bot with information and assistance on subcommands and parameters being integrated into the discord client.

Context Menu commandsopen in new window are available from the context menu in the client either on a message or a server member.

Message components come in the flavor of buttons, select menus and other form elements and can be attached directly to a message.

Creation of interactions is detailed on the pages linked in the previous section.

Unlike chat message commands, interactions and interaction commands need to be registered with Discord. In order for a bot's interactions to be available in a server, the bot must be added to the server with the applications.commands OAUTH scope. The scope is included in links created by DiscordApi#createInviteLink. If your bot is older, it may need to be invited with the new link to add the scope. It is not necessary to remove the bot from the server to do this. 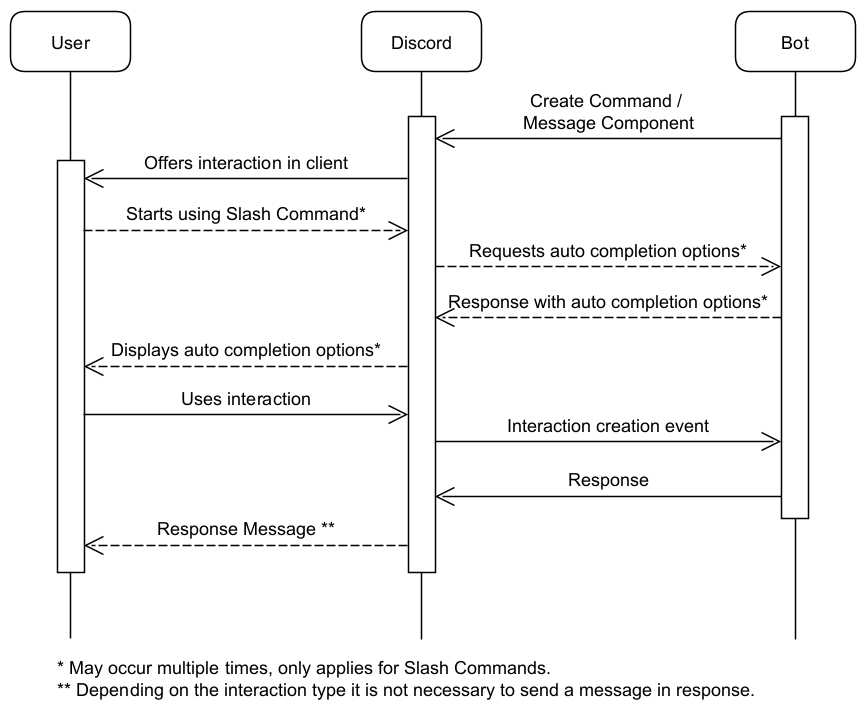 While being more complicated to utilize, interactions have many benefits over pure text commands.

If a bot replies to a slash command with a public message, the command used, including all parameters, is visible to other users.

Interactions can used by any application, not only bots. While interactions can also be handled through webhooks, Javacord only offers support for dealing with them through the gateway. See the Discord Documentationopen in new window for more information.

The methods of handling interactions can not be mixed. If you register a webhook for your interaction commands, the bot will no longer receive any interaction events.